How I ran a virtual research retreat during a pandemic

On 5 April, two weeks into the UK lockdown, my laboratory group and I were meant to have flown to Ireland. It would have been our first research retreat since I became a Department of Zoology faculty member at the University of Oxford, UK. The goal of the retreat, which was to have been held in a manor house in County Tipperary, was to enhance team dynamics and advance research projects.

I wanted the retreat to go ahead despite the lockdown, so I organized a virtual version. Here are some steps our team took to make it a success.

Once it became clear that the retreat wouldn’t be possible as we had planned, I organized an hour-long video conference with my group to discuss our options: cancel, postpone or do something different. The democratic vote was for a virtual version of the retreat, with the in situ one to be postponed until it was safe to hold it.

At that online meeting, I asked my team what format and rules they would prefer for the virtual retreat. We agreed to start each day at 9 a.m. with a statement of everybody’s goals for the day, and to continue until 5 p.m., with two 30-minute breaks for morning and afternoon coffee, and a one-hour break for lunch. These breaks gave members the opportunity to chat informally through a video call. 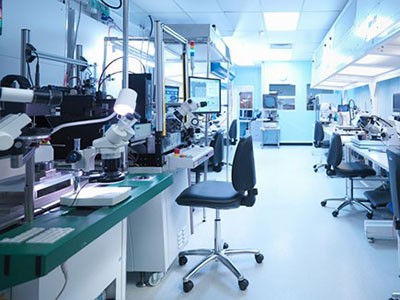 We also organized a series of 30-minute skills workshops after lunch, run by volunteers from the lab, on academic writing, research presentations and developing grant proposals. It soon became clear to me that the schedule needed to be flexible because one of my postdocs much prefers working in the evening, and two PhD students are currently based in Brazil and California. We agreed that they could join in when they woke up, and then carry on with writing activities during their normal working hours.

To help lab members be more productive during the retreat, I asked them in advance to choose a single project to focus on each day. Projects ranged from doing analyses to writing manuscripts, essays or grant proposals.

Screen out e-mails and other online distractions

A week before the virtual retreat, I encouraged my students and postdocs to identify ‘urgent’ e-mails that needed to be dealt with in advance. All else would have to wait until after the retreat. As a lab, we turned on our ‘out of office’ automatic reply and we agreed to not check e-mails during the retreat’s writing slots.

In the absence of the Irish manor house and its surroundings, we organized social activities from 5 p.m. onwards, including virtual drinks and a pub quiz. We also found that having a time for a walk in each person’s back garden, to disconnect from the screen, was invaluable.

Once I had taken care of the basic structure of the retreat and run the first session, I asked volunteers to help keep time and moderate subsequent events. This is always a good idea because it gives team members a chance to exercise these key skills. However, it was also especially important for me: a couple of weeks before the retreat, my wife and I started displaying the symptoms of coronavirus. We were not deemed ill enough by our doctor to seek hospital treatment. Instead, we managed our symptoms from home with medication and rest.

I contacted each team member one by one, to ask how they were doing and to provide feedback on their projects. This was very useful to ensure that they did not get stuck while I was focused on recuperation.

We used the last hour of the whole retreat to discuss each lab member’s progress and trials and tribulations, including my own. Creating a space for everybody to share their own struggles regarding lack of motivation to write, as well as tips to do so efficiently, was greatly appreciated across the team. Each of us also explained our future steps, as well as setting out a rough timeline.

I still hold a virtual weekly meeting with my lab members individually, for us to discuss how retreat-related projects are going.

In the past, I have attended writing retreats at which members were assigned a partner to check on their progress every two weeks. This strategy might provide a sense of support and accountability — sadly it didn’t occur to me in time to implement it during our retreat. I also organized a poll to ask for feedback on the event.

Staging the retreat virtually helped me navigate a novel challenge while, I hope, providing my team with the support they need in the midst of the pandemic. Now, most weeks, during our for-now-virtual lab meeting, I try to encourage the team with the promise that our retreat in Ireland will go ahead one day. We’re looking forward to it.

This is an article from the Nature Careers Community, a place for Nature readers to share their professional experiences and advice. Guest posts are encouraged.