Denmark has lagged behind many European Union countries on achieving gender balance in science, technology, engineering, mathematics and medicine (STEMM). Female researchers in the country account for 33% of associate professor positions and 22% of full professorships. They also secure fewer large grants and feature less frequently as first or last authors in high-impact journals than do their male counterparts.

Last year, one of us (V.J.H.) founded the non-profit organization DANWISE (the Danish Society for Women in Science) and, since then, 18 women, mainly academic researchers, have been working to eliminate this gender gap. We are encouraged by signs of improvement, some of which have happened since we founded the organization. The country’s major universities, including Aarhus, Copenhagen and Southern Denmark, have initiated diversity programmes. Large funding bodies, including the Independent Research Fund Denmark and the Lundbeck Foundation, are reporting a slow rise in the proportion of successful grant applications from female scientists. The Carlsberg Foundation is now covering other expenses incurred by universities when researchers supported by the fund take maternity leave. DANWISE has been involved in numerous talks on how to implement a national gender-equality scheme for science. Among those it has spoken to are representatives of diversity groups from Danish universities; the Danish National Commission for the United Nations Educational, Scientific and Cultural Organization; the Danish Ministry of Higher Education and Science; and Teknologipagten, a Danish organization that collaborates with the Danish government, businesses, educational institutions and labour groups to raise awareness of and increase education in STEMM fields.

But these steps towards gender parity could implode, because the coronavirus pandemic is thought to be having a disproportionate impact on the careers of female scientists1. Women’s careers will be at stake if they cannot compete with male colleagues for grants because they’ve been unable to publish as prolifically as they could before the pandemic, or to match the productivity of their male peers.

We suggest that funders consider these solutions:

• Display statistics on the distribution of grants and total funding allocated by gender.

• Expand programmes such as the Villum Experiment Programme and the Lundbeck Experiment, which use a multi-step review process to evaluate research projects, with applicants anonymized in the first step to prevent unconscious or implicit biases2.

• Expand the use of lottery systems and allocate grants at random from a pool of applications that meet the quality threshold.

• Appraise the make-up of review committees for gender balance and offer appropriate training on implicit biases in the review process.

• Cap the amount of funding allocated per year for individual applicants.

• Develop mobility grants that include funding to allow children to travel with their caregivers, and flexible fellowships that accommodate those who cannot travel owing to family commitments (an example would be remote postdoc fellowships).

We recommend these steps because the career prospects of many female researchers are already precarious. During the Danish lockdown, major funding bodies mostly maintained existing deadlines for grant applications. These included such schemes as the annual Sapere Aude starting grant offered by the Independent Research Fund Denmark (this year’s deadline was extended by only a few days) and the Lundbeck Foundation’s Ascending Investigator grants. These programmes help people to move from postdoc to independent investigator and from lecturer to professor. If women can’t meet these grant deadlines because they are already stretched too thinly, the leaky pipeline — the well-documented phenomenon of female researchers leaving the scientific workforce in large numbers and in much greater proportions than male researchers — could worsen. 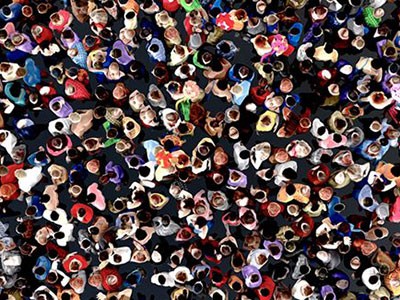 Some of the country’s largest funding bodies have also distributed large pools of ‘rapid’ money to support research into the coronavirus situation. But the short call times and rapid-review turnaround of these calls mean that those who have greater care or teaching responsibilities will struggle to apply for such funds.

DANWISE circulated a survey to all academic researchers at the University of Copenhagen to determine their perceived and actual productivity (these data are unpublished and we aim to publish them after expanding the survey to all major Danish universities). We asked researchers about their productivity (more, less, unchanged) during the lockdown, and asked them to share how many articles, grants and book chapters they had submitted during that time compared with the same period in 2019. The majority of the 172 people who responded said that they felt their productivity had decreased during the lockdown (females, 76%; males, 73%). However, among the 35% with children at home, this effect was greater for female researchers than for male researchers (females, 85%; males, 76%).

The combined total submissions of articles, grant applications and book chapters indicated that all researchers without children were, in fact, more productive during the shutdown than they had been the previous year. By contrast, those with children at home were less productive. However, this brief survey did not analyse the impact of other caregiving responsibilities, such as looking after sick or elderly relatives, which could also have disrupted productivity during the shutdown periods. For those most affected, the potential negative consequences — lowered academic productivity, little or no expansion of their CV and stifled career progression — should be considered, particularly if future university shutdowns become necessary.

Now, more than ever, it is important to make sure that female academics’ careers are not impeded by the long-term cumulative impacts of childcare, caregiving and service-related work.

A full joint commitment from universities and funding bodies to create a better gender balance would ensure that the leaky pipeline for female researchers does not turn into a fire hose.

All about Artificial Neural Network (ANN) in Civil engineering | CivilDigital |