COVID-19’s effects have caused global supply chains to buckle and break. Of the many sectors affected, one is particularly worrying — low-carbon energy. Closed borders, silent factories and shortages of components are slowing the deployment of wind turbines, solar panels and electric vehicles worldwide, with little time left to avert dangerous climate change.

This year’s growth in renewable electricity capacity is expected to fall short of last year’s figure by 13%, owing to supply-chain and financing problems. Manufacturers face unpredictable times. In April, two of the world’s largest turbine producers, Vestas, based in Aarhus, Denmark, and Siemens Gamesa in Zamudio, Spain, announced the economic uncertainties were so great that they could not guide investors on how they would perform in 2020.

Government incentives to bring home or ‘reshore’ manufacturing as part of economic-stimulus packages are making matters worse. In May, the US government floated the idea of using tax incentives and subsidies to lure US industries away from manufacturing in China. Japan is offering ¥240 billion (US$2.3 billion) to help domestic companies to produce more at home.

Such policies will backfire. Networks of cross-border trade and investment keep costs down and encourage learning and innovation. They are central to the extraordinary progress that has been made in low-carbon technologies in the past decade, including exponential growth in electric cars — 7 million were in use worldwide in 2019, compared with 17,000 in 2010. Without global supply chains, technological progress will slow and cost reductions stall.

Facing a global depression, governments are right to focus on creating jobs at home and promoting competitiveness. But they should also protect international trade networks in low-carbon technologies, to ensure that these keep getting better and cheaper as quickly as possible. Green industrial strategies should focus on developing innovations and bringing them to market, rather than replacing established supply chains for mature technologies.

Around 70% of global trade is in the components and equipment used to make finished goods1, with companies worldwide specializing in various stages of production. That’s the case for low-carbon technologies, too. For example, Chinese firms have come to dominate solar photovoltaics (PV) in the past decade, supplying 80% of the top ten manufacturers in 2018. But Chinese firms don’t act in isolation. They rely on German companies, for example, to produce the advanced machinery used to manufacture silicon wafers as well as solar cells and modules2,3.

China rose to this position through sustained government backing. Subsidized electricity, research-and-development grants and support for deployment all boosted mass production of renewables technologies. Solar-module prices shrank by 90% in the past decade, allowing installations of PV to rise by more than 15-fold (from 40 gigawatts in 2010 to 627 gigawatts in 2019). The price of solar-generated electricity also fell around the world during that time. In the United States, it plummeted by nearly 80% to just 6 cents per kilowatt-hour by 2017, making utility-scale solar energy competitive with conventional generation technologies.

The story is similar for wind turbines, lithium-ion batteries and electric vehicles, even though the core technologies and supply chains differ. If the current rate of reduction in battery prices of 90% per decade is maintained, electric vehicles should be as cheap to make as conventional ones by the mid-2020s.

Government responses to COVID-19 threaten to undermine these virtuous circles.

If nations pursue economic security above all else, low-carbon technologies will be exposed to geopolitical risk. Global supply chains can become a proxy for geopolitical rivalries. Owning a key component, or ‘node’, in a supply chain gives a company or nation leverage over the entire network. Taken to the extreme, this asymmetry can be ‘weaponized’4.

This has happened with oil. A small number of countries, including Saudi Arabia and others in the Middle East, and Russia, control the world’s supply. The politics of the Middle East are volatile, as illustrated by the oil crises of the 1970s, when export embargoes by Arab producers led to petrol shortages in the United States, the Netherlands, Japan and the United Kingdom. To buffer against such shocks and mismatches in supply and demand, governments have built up inventories, diversified supplies and mandated strategic petroleum stocks of 90 days of national consumption. Companies in member nations of the Organisation for Economic Co-operation and Development typically hold a total of between 2.5 billion and 3 billion barrels of crude oil and liquid fuels in reserve.

Materials used in low-carbon technologies can similarly become politically charged. For example, China produces more than 90% of the global supply of rare-earth elements, which includes those such as neodymium and dysprosium that are used in electric vehicles and wind turbines. In 2010, China embargoed exports of rare-earth elements to Japan in a diplomatic dispute over territory in the East China Sea. Japanese companies had to recycle these materials and limit their use until the ban was eased the following year5. 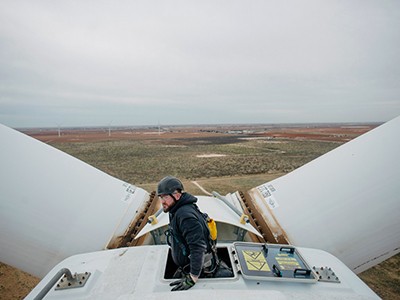 Cobalt is another element in few hands. The Democratic Republic of the Congo (DRC) produces 60% of the world’s supply of the metal, which is used in the electrodes of the lithium-ion batteries that power electric cars. Chinese companies control the supply chain, from production in the largest mines, to processing and manufacture in batteries6.

Governments and companies can stockpile these metals, as they do with fossil fuels, or find alternative sources. For example, after 2010, the Japanese government subsidized stockpiling of rare-earth elements and supported suppliers in Australia.

Protectionism is escalating in the wake of COVID-19. The administration of US President Donald Trump is keen to push China out of trade networks involving the United States and its allies. Its Economic Prosperity Network initiative, announced in May, encourages US companies to move production in energy and digital technologies away from China and back to the United States or to ‘trusted partner’ countries including Australia, Japan, New Zealand and South Korea.

Past experience suggests that reshoring is unlikely to work. For example, in 2013, the European Commission imposed import duties, a price floor and export limits on 90 Chinese companies that represented 60% of the European market in solar panels, ostensibly to protect domestic manufacturers. Despite this, European producers’ market value fell by around $8 million on average and $1.8 billion overall in the 5 days following the announcement7, in a sector worth almost $10 billion. By 2018, no European firms remained in the top ten of global solar PV module suppliers; Chinese companies had outpaced them.

The Trump administration extended similar measures in 2018, including a 30% tariff on US imports of crystalline-silicon PV products. By February this year, US domestic manufacturing of some components had risen a little, but production of solar cells actually fell. Importantly, the tariffs made it more expensive for US firms to buy and install solar cells. By 2021, this would translate to 62,000 jobs and 10.5 gigawatts of capacity not being realized, a setback roughly equivalent to all solar PV deployed in the United States in 20188. This downbeat forecast was made before the impact of COVID-19, which has shattered expectations further (see ‘Solar shortfall’).

The lesson? It takes time for new suppliers to become as efficient as those that have honed their processes for decades. Billions of dollars’ worth of investment in manufacturing capacity in countries such as China cannot be fast-tracked elsewhere. China has built an ecosystem of suppliers and product designers with an extensive domestic workforce. This is what makes it a global leader in sectors as diverse as telecommunications and low-carbon technologies.

As US–Chinese relations sour, attempts at reshoring are likely to get even more aggressive. The Trump administration is increasingly cutting Chinese tech giants, such as Huawei, out of the US and other Western markets. Chinese President Xi Jinping, in turn, announced that China will become more reliant on home-grown technology. But unlike the Soviet Union and the United States during the cold war, China and the United States have entwined their economies. Any split will imperil many sectors in addition to low-carbon technologies — including pharmaceuticals, automotive industries and electronics.

The beauty of economic specialization lies in the value it creates for all parties. Solar panels manufactured in China create jobs in the United States for those installing them, and as new business models evolve around renewable-energy services. Playing geo-economics with supply chains, by contrast, will result in fragmented markets, higher costs, lower efficiency and loss of jobs on US soil and elsewhere. 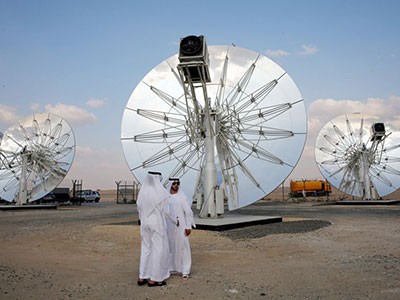 Critics of this view might counter that an upending of the global renewable-energy order is unlikely. But that misses the point. Politics that emphasizes narrow national goals — even if it does not totally disrupt low-carbon technologies — means losing time that we do not have to fight climate change9. To stay well below 2 °C of global warming, emissions must fall by around 8% per year until 2030, and become net zero by 2050, including in hard-to-decarbonize sectors such as steel or airfreight. Renewables need to play a central part, and that won’t happen if the sector is mired in politics.

Others might argue that COVID-19 has spotlighted the hidden costs of globalization, including human-rights issues involved in unregulated mining of raw materials such as lithium and cobalt in countries such as the DRC. Global value chains can be iniquitous, with most of the profits going to big companies in wealthy countries.

There is crucial work to be done in making the low-carbon transition more just, including in supply-chain management. But a key lesson from COVID-19, as with the 2008–9 global financial crisis, is that the scale of the solution needed is so vast that the world needs to use all the tactics it can muster. Even global economic shocks do not drive down emissions anywhere near enough. Less globalization cannot be the answer; rather, we must take advantage of the benefits of global supply chains to lower costs and rapidly decarbonize all sectors.

Governments need to recognize these advantages and support global supply chains in the low-carbon technology sector. They must adopt a ‘do no harm’ principle. That means avoiding or rescinding policies such as tariffs or other barriers to imports.

Lowering costs must be the main focus. Green industrial strategies should promote technological research and development, and create demand in promising areas and competitive niches, to boost jobs and business opportunities at home. 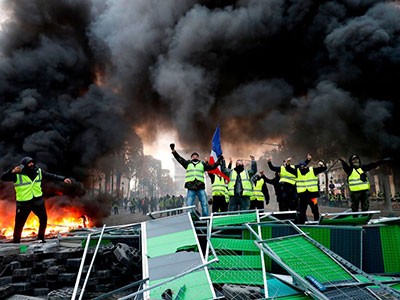 Governments have a range of instruments at their disposal, including regulation, investment and subsidies. Funding and incubators should be provided to support start-ups and high-risk, high-return endeavours. For example, the US Advanced Research Projects Agency-Energy (ARPA-E) brings people from industry and academia together to overcome barriers to deployment in breakthrough areas and high-emissions sectors such as steel and cement. Policies that create demand, such as feed-in tariffs in the electricity sector, can also pull technologies forward.

Countries should deepen their commitments to multilateral initiatives that accelerate the clean-energy transition, such as Mission Innovation, involving 24 countries as well as the European Commission. Between 2015 and 2018, member governments increased annual investment in clean technologies by $4.6 billion, with projects ranging from smart grids to sustainable biofuels, as well as potential solutions for the longer term, such as hydrogen.

To enhance understanding of where the biggest pitfalls lie and which measures work, analysts need to determine to what degree reshaping supply chains impacts competitiveness. Research is needed on a range of policy instruments, including how much they induce companies to switch locations. A key question is whether more local production really does lower supply-chain risk.

Time is running out. Throwing sand into the intricate links of global supply chains will only slow a much-needed transformation.