Weapons for when bigotry claims science as its ally

How to Argue With a Racist: What Our Genes Do (or Don’t) Say About Human Difference Adam Rutherford The Experiment (2020)

This is a year of reckonings. Chief among them: communities have been forced to face the injustices laid bare by the yawning racial and ethnic disparities in illness and death caused by COVID-19 the world over.

Predictably, even the data that shine some light on these inequalities remain wanting. In the United States, the Centers for Disease Control and Prevention withheld national-level data about the disproportionate impacts of COVID-19 on Black, Latinx and other people until threatened with a lawsuit. In the United Kingdom, a government agency removed nearly 70 pages of community-based research from a report that pointed to structural causes of unequal disease toll on Black, Asian and minority ethnic groups.

Still, there is much we do know. The extra burden borne by under-resourced and marginalized communities globally is plain. In the United States, for example, Black residents in the state of Maine reportedly comprise nearly 21% of those infected with COVID-19, despite being just 1.4% of the population. People of Pacific Islander descent, including Native Hawaiians, in Los Angeles County, California, have an infection rate six times that of their white neighbours. Black, Bangladeshi and Pakistani communities in the United Kingdom experience rates of infection with the new coronavirus up to twice those of white communities, and are more likely to become severely ill with the disease.

These data show trends in societally constructed categories; they do not explain how the trends arise. How, then, can we account for tragic losses in groups as distinct as Roma communities in Greece, Indigenous Yanomami in Brazil, and Somali immigrants in Norway? The common inheritance of these diverse populations is the lived experience of discrimination, racism and inequality. Yet, even now, some people prefer to suggest that these health disparities are driven by genetics. It is a wearily, tragically familiar line of reasoning. 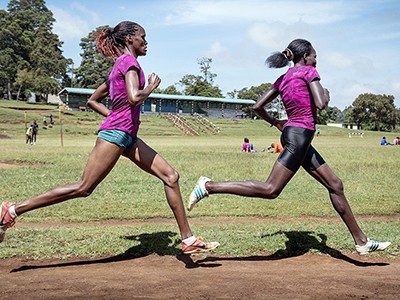 An indictment of this sort of genetic reductionism is Adam Rutherford’s book How to Argue with A Racist. Although it does not deal with genetics in medicine or public health, its efforts are urgently relevant to the present moment. A science broadcaster (and former head of multimedia at Nature) trained in genetics, Rutherford parses claims about the purported relationship between DNA and race. His stated aim? To use the “weapon” of scientific fact to vanquish the myth that racism is “grounded in science”.

Countering the myth that human physical appearance has any predictable relationship with genetics, Rutherford shows that differences in skin colour occur across a wide geography that has little relationship to common ideas of race. He argues, in effect, that from a genetic perspective, skin colour is only skin deep. It is, he writes “a very bad proxy for the total amount of similarity or difference between individuals and between populations”. Referencing the work of geneticist Sarah Tishkoff, he reminds us that there is more genetic diversity on the African continent than in the rest of the world, and that this diversity extends to pigmentation. “DNA is a bewilderingly inscrutable predictor of skin colour,” he concludes.

The myth that DNA and genetic genealogy are reliable registers of ancestry, kinship or ‘racial purity’, Rutherford skewers as nonsense. For example, he notes that human migration patterns do not abide by sociopolitical constructions of country or nation. He joins social scientists (me included) who have been pointing out for years that direct-to-consumer genetics are as much about contemporary genealogical aspirations as about the past.

He engages the research of sociologists Aaron Panofsky and Joan Donovan, who have studied avowed white nationalists and white supremacists keen to demonstrate their notionally ‘pure’ European ancestral origins. Depending on whether the test results they receive confirm or contradict their hopes, they adopt, reinterpret or reject the data. The “same warping of science”, Rutherford writes, “fuels both racists and typical hobbyist genealogists”.

Rutherford does survey the history of eugenics. But he does not acknowledge that having this contemptible field at its foundations might prevent genetics ever being the anti-racist ally he hopes. This tension looms over his battle with two other myths: the supposed athletic superiority of people of African descent, and the supposed intellectual prowess of those of Jewish descent. 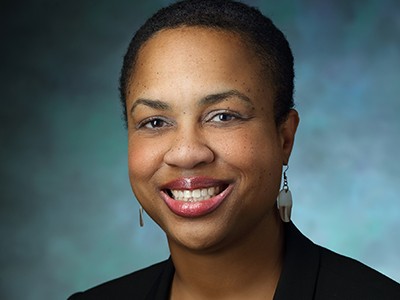 Sports send genetic determinism into overdrive. One or a very few identified genetic variants are ‘fetishized’ and made proxies for individuals and entire communities. And racial theories of athleticism are ridiculously inconsistent, offered as explanations for a dizzying array of skills, from swimming to sprinting. For example, it is not some genetic lack of buoyancy — as folk logic would have it — that makes it less likely for African Americans to be competitive swimmers, Rutherford reminds us. Rather, swimming pools were part of the ‘Jim Crow’ system of US racial apartheid that lasted well into the 1960s. (Anti-Black violence continues to keep these codes in effect, as evidenced by a 2015 viral video showing a Black teenage girl being viciously attacked by police in McKinney, Texas, for attempting to use a community swimming pool with her friends.)

As for the myth of racial correlation with IQ, Rutherford stresses the importance of environmental factors in driving variable measures across populations. This is the weakest part of the book, because Rutherford thoroughly dismantles the case for IQ, yet clings to a belief that it has a definitive basis in evidence. Noting the many confounding factors that contribute to cognitive performance, he writes, “IQ is a single number, but intelligence is not a single thing”. This uncertainty registers throughout the chapter. Although “heritability” — which can include influences ranging from shared upbringing to intertwined social networks to biology — might contribute to measures of IQ, the role of genetics remains elusive. And I would add that it has been demonstrated repeatedly that this “single number” encapsulates class assumptions, educational access and other inequities and, that it is malleable on the basis of the presence or absence of these.

The aim of Rutherford’s book is noble, and he mostly succeeds in his endeavour. He deploys genomic variation and unpredictability against those who make claims of static characteristics or who assert bunk about ‘racial purity’. He draws on the complexity of gene–environment interactions to bludgeon narrow, incorrect determinism. He highlights the social and political shaping of genetic claim-making.

“A writer never knows what kind of world a book will land in, what will change around the words on the page,” wrote novelist and journalist Hari Kunzru in The New York Review of Books in July. Rutherford wrote his book before the pandemic, in the context of rising nationalist politics inherently tied to the most regressive ideologies of ancestry, feeling it his duty to contest racism with facts, “especially if bigotry claims science as its ally”. 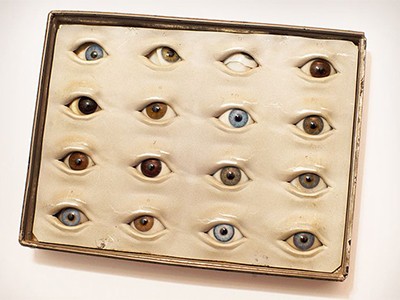 It is published in an existential moment of suffering and death, of global outrage over the killing of unarmed Black people by police, of a reckoning with the legacy of racial slavery and colonialism. Many nations have seen an efflorescence of anti-racist reading lists. Rutherford’s book is rightfully on them.

But like many such volumes, after reading, the question remains: in this moment, could arguing the facts, even with Rutherford’s compelling narrative and nuance, possibly be enough? Rutherford himself admits: “Arguing with racists with conspiracy mindsets about science is a fairly fruitless endeavour, and exhausting”.

This is a moment for deeds, not words. To topple the edifice of structural racism that produces ‘excess’ death in the context of COVID‑19 and of life generally will take urgent social, political and economic action, from court rooms to clinics, lecture halls to voting booths.

r/civilengineering – How do tall (10+ storey) brick buildings keep from blowing out bricks in wind loads or even due to gravity?