Governments across sub-Saharan Africa have responded rapidly to prevent a food-security crisis being triggered by the COVID-19 pandemic. Togo transferred cash to families directly to buy food. Mali provided free livestock feed to farmers, and waived electricity and water bills for the poorest households from May to June.

These crucial emergency measures do not address the bigger threat — long-term disruption to food supply chains. As the United Nations secretary-general, António Guterres, and the Food and Agriculture Organization (FAO) warned in a briefing on 9 June, the world faces an impending food crisis on a scale that has not been seen for 50 years. UN agencies reported on 13 July that the COVID-19 pandemic could add between 83 million and 132 million people to the more than 690 million worldwide who are undernourished. A survey in 10 countries in sub-Saharan Africa found that 81% of all respondents are concerned about not having enough food (go.nature.com/3erk8yg).

COVID-19 comes on top of another crisis. In Ethiopia, Kenya, Somalia, South Sudan and Uganda, farmers have been battling invasions of desert locusts (Schistocerca gregaria) since 2019 — the worst swarms seen in more than 70 years (go.nature.com/2ogdyr9). Tens of billions of insects stand to destroy the livelihoods of nearly 10% of farmers worldwide.

The overall scale of emergency aid and immediate intervention needed is enormous. Guterres has called for more than US$200 billion for Africa as part of a comprehensive global response package1.

Building a more resilient food system relies on many things, among them agricultural data in real and near time. Such data must capture communities’ needs. Equally important is an infrastructure that can synthesize these data to help policymakers with limited resources maximize the impact of interventions and target research.

For example, Burkina Faso purchased farm supplies worth $53 million (www.oecd.org/coronavirus/country-policy-tracker/) and temporarily halted seed exports to neighbouring regions so that farmers would have enough to plant for next year’s harvest (personal communication, Government of Burkina Faso). Although the impacts of these policy decisions are immediately felt by neighbouring countries, there is no systematic data collection of seed flows and seed balances that nations can turn to for scenario planning.

Agricultural ministers across Africa have committed to careful monitoring and assessment of the food and agricultural system as the pandemic unfolds2. Details remain sparse. Although the FAO and other institutions support sub-Saharan governments in the collection of data on crop production, trade, input use and prices, this is mainly annual information at an aggregate level.

We urge the research community, science funders and philanthropists to help governments in sub-Saharan Africa to rapidly scale up real-time data collection and assessment in agriculture in response to the COVID-19 social and economic collapse, and to maintain this capacity over the long term. This is the only way to ensure that evidence-based decisions at national and international levels can direct food to those in need.

Half of the world’s extreme poor — almost 400 million people — live in sub-Saharan Africa. The majority live in rural areas and work in agriculture. Eighty per cent of farmland in the region is managed by smallholder farmers. (The proposed FAO definition of these small-scale food producers is those who fall into the bottom 40% of distribution in terms of both land size and revenue for their country.) Many live in remote places that are difficult to access. Each family has a variety of small plots and some livestock. Farms are not equipped with modern technology, such as remote sensors to monitor plant growth or storage facilities to keep crops dry and fresh until they can be sold. Normally, the economic performance of farms and farmers’ well-being are monitored annually, through in-person surveys coordinated by multinational organizations such as the World Bank and the FAO. The need for social distancing has put in-person annual surveys on hold.

Mobile-phone technology can help to collect real-time data on the impact of COVID-19 through inexpensive and flexible surveys. They are a much-needed lifeline between rural communities, governments and international agencies for immediate and dynamic data gathering. Survey questionnaires are being administered now through mobile phones to farmers in Burkina Faso, Ethiopia, Malawi, Nigeria, Tanzania and Uganda by the World Bank’s Living Standards Measurement Study — Integrated Surveys on Agriculture (go.nature.com/3tbjw8k). These studies track whether staple foods have run out in the household, and other socio-economic impacts of the pandemic. The organization Precision Agriculture for Development in Boston, Massachusetts, is conducting mobile-phone surveys by calling hundreds of crop and dairy farmers in Kenya to chart their disruptions in food supplies.

Almost 50% of farmers in sub-Saharan Africa are women. But women in low- and middle-income countries are 23% less likely than are men to own a mobile phone with an Internet connection3. Moreover, many women can lack privacy in the home, which affects their participation in surveys and the nature of their responses4.

In previous public-health crises, such as the 2014–16 Ebola outbreak in West Africa, assessments in Liberia after the epidemic found that pregnant women faced higher levels of food insecurity during the outbreak, and overall food-insecurity levels increased for vulnerable populations, including women and girls5. Governments need to know whether the same pattern is being repeated with COVID-19 so they can respond appropriately. 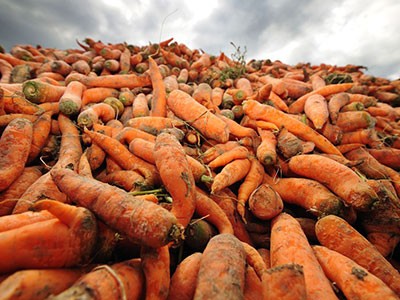 To learn how female farmers are coping with hardships during the pandemic means, at a minimum, hearing from women — and in ways that do not threaten their safety.

First, they need more access to mobile-phone technology. Governments and funding organizations must partner with global network providers to deliver low-cost, data-enabled phones to more women. This should be accompanied by training for women on how to use the technology, and to build awareness with men on how empowering women through mobile-phone use benefits the whole community.

Second, mobile-phone surveys must be designed to obtain and report data on the different experiences of men and women. The ability to analyse and disaggregate data by sex for food security has identified key issues in the past. In one example, the priorities of a breeding programme for the root crop cassava are changing as researchers learn more about the preferences of women, who are the crop’s primary buyers and processors. For instance, women will not buy a superior crop — one that is bred for pest and disease resistance — if it is too hard to chop or peel6. And knowing that it is mostly women who trade agricultural and food commodities at borders in the eastern Africa region is important for weighing the effect of border closures on livelihoods7.

Collecting sex-disaggregated data doesn’t have to start from scratch. The Women’s Empowerment in Agriculture Index has paved the way for governments and organizations to gather standardized and high-quality data on female inclusion in the agricultural sector8. Information is acquired from the self-identified primary male and female adult decision-makers in the same household. Governments can also work with organizations such as UN Women, which provides training on ways to advance gender equality (go.nature.com/307rxgb).

In the short term, increasing access to mobile phones and connecting organizations with resources to scale up good data collection will deliver immediate feedback about the experiences of women during the COVID-19 pandemic. In the longer term, mobile telephony will help women to receive a range of services, such as farm advice, finance and insurance.

For example, it is difficult for farmers in rural areas of sub-Saharan Africa to safely pay their insurance premiums, because sending money by post is often not possible. One registered insurance agent, Agriculture and Climate Risk Enterprise (ACRE) Africa, operates in Kenya, Rwanda and Tanzania, and has projects in Uganda, Ghana, Malawi, Senegal and Mozambique. The company is working with mobile-network operators, including Safaricom in Kenya, to provide its insurance services to 1.7 million farmers. Such partnerships allow people to pay what they can afford, with payments towards premiums starting at 10 US cents. For network operators, the incentive is a drastic increase in customers.

Another barrier to participation in mobile-phone surveys is language and literacy. For instance, the advisory service Farmerline in Ghana delivers weather forecasts, market prices and cultivation information in nine West African languages using both text and voice messages.

Other data streams are better suited to providing key agricultural information. For example, satellites can deliver more widespread and continuous monitoring of crop output and yield for small-scale farms in sub-Saharan Africa than can on-site surveys9. 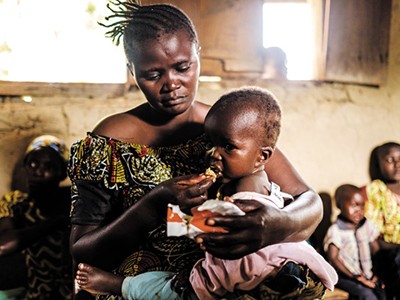 Such data are often held by private companies, including those that sell equipment with remote sensors to monitor plant growth. Most sub-Saharan farmers cannot afford to access this information. Even when the data are collected by public satellites, such as the European Space Agency’s Copernicus Sentinel-2, most sub-Saharan countries do not have the analytical capacity to make use of them. And satellite data do not supply any information about the health and well-being of a family.

Regarding mobile-phone surveys, registries that include farmers’ names and locations could increase participation. Meanwhile, given that mobile-phone penetration across sub-Saharan Africa is at its highest point in history, interventions designed to improve phone surveys will result in better real-time data10.

A clearing house for evidence

Data are necessary, but insufficient. To inform agricultural policy, many data streams need to be synthesized — scrutinized and evaluated en masse for effectiveness and lack of harm (to communities or ecosystems, say).

Thousands of studies have already been produced by scientists in academic and research organizations, such as the national agricultural research centres across sub-Saharan Africa, and the crop-specific global research centres directed by the global partnership CGIAR. The work should be analysed using inclusion and exclusion criteria that have previously been agreed in an a priori protocol. This approach can reduce duplication because it snapshots what research has been done, which studies are under way and any work that is still needed. Although a lack of available data can make it impossible to answer some questions, a clear sense of evidence gaps can help policymakers to reach better-informed decisions.

We think that the best way to do this is through a clearing house for evidence. This is a system for producing systematic reviews that can inform evidence-based policymaking and map knowledge gaps to enable studies to be prioritized.

Meta-analyses, reviews and evidence syntheses for policy have long been common in health and medicine. The organization Cochrane (previously known as the Cochrane Collaboration) pioneered their production, drawing together thousands of experts to weigh the quality of available evidence in a highly structured way and distil it into practical recommendations. This infrastructure has been invaluable during the pandemic, for example in reviewing diagnostic tests for the coronavirus11.

Other programmes, including the platform Evidence for Resilient Agriculture, run by World Agroforestry in Nairobi, provide tools and data sets to pinpoint which agricultural technologies work in Africa, and where. This can help funders to prioritize where research funds could most usefully be directed, for instance.

Many of the building blocks required for an evidence clearing house for agriculture are already in place in sub-Saharan Africa. The Africa Evidence Network and African Evaluation Association connect policymakers with organizations that are dedicated to supporting evidence-based decision-making12. Institutions that have developed training programmes for relevant review methods include the University of Ghana in Accra, Makerere University in Kampala, Uganda, and the Information Training and Outreach Center in Africa near Pretoria, South Africa. Other initiatives, such as Ceres2030: Sustainable Solutions to End Hunger (which is directed by J.P.), supply protocols for planning and registering interdisciplinary evidence reviews for agriculture. This information is freely available.

We call on governments and funding organizations to bring together these building blocks of data synthesis, training and evaluation to create an evidence clearing house for agriculture. In our view, such a facility would take around three months to set up, with an injection of around $10 million of funding for a newly established consortium made up of groups that are already contributing evidence to agriculture. Its mandate would be to generate and disseminate such evidence, and it could produce policy-relevant results by the end of this year.