As Brazil reels from one of the largest COVID-19 outbreaks in the world — second only to the United States — a coalition of academic and business groups is fighting to secure more funding for research and industrial innovation in the country. The legislation that they are backing, which would more than double the core Brazilian science and innovation budget for 2020, sailed through the Senate on 13 August with a near-unanimous vote. But before victory can be declared, the proposal needs to clear the lower house of the country’s National Congress and survive a potential showdown with President Jair Bolsonaro, who has sought steep cuts to science budgets since taking power last year and might veto the legislation .

Scientific societies, including the Brazilian Academy of Sciences, and business and industry groups have banded together in support of the legislation, which would release cash from a special fund for industrial innovation and other research. They argue that years of budget cuts for science have made it difficult to respond to the COVID-19 crisis in Brazil, and that additional funding could bolster efforts to better understand, diagnose and treat the disease. Adjusted for inflation, financing for Brazil’s main science funds has dropped from a peak of nearly 14 billion reais (about US$2.55 billion) in 2014 — just before a crippling 2-year economic recession — to around 4.4 billion reais in 2020. The proposal would add 4.6 billion reais to Brazil’s science accounts, and, more importantly, would secure a permanent source of money for science that’s protected from Bolsonaro’s administration and future ones. 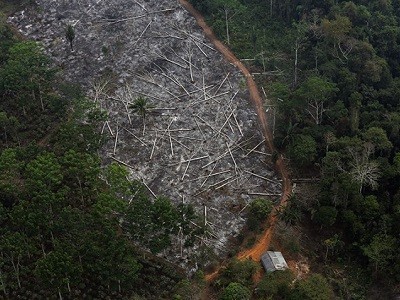 Reacting to the 13 August vote, Luiz Davidovich, a theoretical physicist at the Federal University of Rio de Janeiro and president of the Brazilian Academy of Sciences, says, “What happened in the Senate was amazing. This would increase funds to pay for research in every sector of society.”

If the proposal is ultimately successful, the money would come from Brazil’s National Fund for the Development of Science and Technology (FNDCT), a core science account that’s automatically fed by taxes collected from various businesses and industries, including biotechnology and energy firms. Earmarked for industrial innovation, as well as broader research and development activities, the fund has taken in several billion reais annually over the past four years. Most of that money, however, has been withheld under a 2000 law that allows the government to divert these funds to pay the national debt. In 2020, the fund was allocated 5.2 billion reais, but the Bolsonaro administration opted to withhold from scientists more than 88% of the total.

The proposed legislation would reverse that decision and create a dedicated science fund that the executive branch cannot divert in the future. It would mandate that any unspent funds in the FNDCT at year’s end would be available during the next year. Typically, unspent money in the fund has flowed back into Brazil’s treasury.

For some scientists, the landslide senate vote is a recognition of the part that doctors, scientists and the biotech industry have played as COVID-19 has swept across Brazil, where the disease has so far infected more than 3.3 million people and killed nearly 109,000. In particular, government investments in industrial research and development have paid off as Brazilian companies stepped in to build ventilators and medical equipment to fight COVID-19, says Carlos Henrique de Brito Cruz, a physicist at the state University of Campinas who formerly headed the São Paulo Research Foundation, a science-funding agency in the country’s most-populous state.

“The pandemic has made the public aware that science is necessary,” Cruz says.

But the legislation, if passed in its current form, could leave some scientists wanting. Until now, 25% of the total national fund has been dedicated to industry loans for innovation projects, but the proposal would allow that figure to increase by up to 50%. That could mean less money than originally envisioned for standard academic-research grants and associated fellowships for students and postdoctoral researchers, which have been threatened under Bolsonaro. 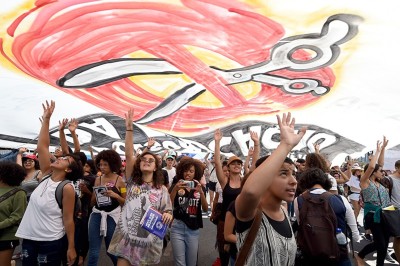 In March 2019, just months after taking office, Bolsonaro sought to freeze funding for the ministry of science and technology, a move that would have cut off scholarships for thousands of undergraduate and graduate students as well as postdoctoral researchers. The government ultimately released the money, but scientists remain worried about their financial security.

Davidovich says the next vote on the legislation could take place in the coming weeks. If it is embraced by the lower house, the Brazilian Congress would have more than enough votes to override a potential veto by Bolsonaro.

Sadly, the legislation won’t solve the financial — and political — problems facing Brazilian science, says Sergio Rezende, a former science minister and physicist at the Federal University of Pernambuco in Recife, Brazil. “With the current federal government, science in Brazil will continue to be undersupported.”