Can the history of pollution shape a better future?

The Chemical Age: How Chemists Fought Famine and Disease, Killed Millions, and Changed Our Relationship with the Earth Frank A. von Hippel Univ. Chicago Press (2020)

The Contamination of the Earth: A History of Pollutions in the Industrial Age François Jarrige & Thomas Le Roux. Translated by Janice Egan & Michael Egan MIT Press (2020)

Columns of smoke “spread their veils / Like funeral crape upon the sylvan robe / Of thy romantic rocks, pollute thy gales, / And stain thy glassy floods”. Poet Anna Seward wrote these lines in 1785, after seeing the forges, furnaces and lime kilns of Coalbrookdale in England — the cradle of the Industrial Revolution. It is among the first descriptions of industrial emissions as ‘pollution’, a term that invoked moral impurity, the corruption of the countryside.

More than two centuries later, humanity’s polluting activities have devastating impacts on biodiversity, agricultural productivity and human health. Will it take a radical reimagining of our lifestyles and sociopolitical systems to end these disastrous mistakes? Or is it already too late to avoid even greater catastrophe?

Two books map this arc of destruction in very different ways. In The Chemical Age, ecologist Frank von Hippel delves into historical accounts to tell the stories of the scientists who developed pesticides and chemical weapons, and trace their impact on the world. Historians François Jarrige and Thomas Le Roux unpick the broader social, economic and political factors underpinning our despoilment of the environment in their altogether more comprehensive history of pollution, The Contamination of the Earth.

Von Hippel begins with efforts to tackle the causes of potato blight, which triggered the Irish Potato Famine of the 1840s, and vector-borne diseases such as malaria, yellow fever and typhus. These accounts include fascinating details of the quest to understand pathogenic microorganisms, but almost none of the chemistry promised in the title.

Compounds such as the antimalarial quinine or the pesticide copper acetoarsenite suddenly appear, with no explanation of how they work, or were manufactured. Oddly, von Hippel traces the birth of the modern chemical industry to the extraction of quinine from cinchona bark in the 1820s. By that time, factories had been mass-producing sulfuric acid, alum and a host of other chemicals for decades. 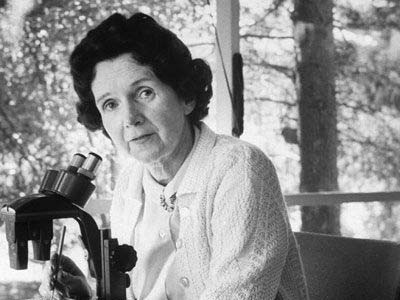 Von Hippel is on firmer ground describing the intractable link between chemistry and war. Synthetic ammonia, used to make the fertilizer that helped feed Germany during the First World War, was also essential in manufacturing explosives. The search for new insecticides in the 1930s led to the creation of the first organophosphate nerve agents — tabun and its successor sarin, the latter used infamously in 1988 by Saddam Hussein in Halabja, Iraq, and more recently by Syrian government forces. In a grim feedback loop, subsequent work on chemical weapons led directly to new organophosphate pesticides such as parathion, which was used from the late 1940s and is now widely banned owing to its toxicity to humans.

The book concludes with a celebration of Rachel Carson’s iconic environmental polemic Silent Spring, which in 1962 revealed the widespread environmental harm caused by the pesticide DDT. Von Hippel vividly recounts how marketing campaigns promoted massive overuse of this substance, which soon fostered resistance among pests and sparked an endless agricultural arms race. As Carson wrote: “The chemical war is never won, and all life is caught in its violent crossfire.”

In covering some of the same ground, The Contamination of the Earth shows more convincingly how the trajectory of industrialization has led us to the current pollution crisis. Rather than focusing on the motivations of individual scientists, it deftly maps out the systemic factors that spurred the growing toll of pollution from the eighteenth century to the 1970s.

Jarrige and Le Roux remind us that global pollution pre-dates the Industrial Revolution by centuries. In the pre-industrial era, noxious emissions from tanneries, metalworks and dyers were sometimes regulated by ‘nuisance’ laws that tended to prioritize public health over economic development. But by the nineteenth century, these prototype environmental regulations had begun to unravel with the industrialization of textile manufacturing and metallurgy. Coal provided the power; the nascent chemical industry supplied the acids and alkalis essential to these enterprises.

As mining, steam power and chemistry forged a strong bond between modern capitalism and pollution, environmental damage became an almost unavoidable consequence of growth. In the nineteenth century, governments enacted laws to limit pollution, such as the UK Alkali Act of 1863 and a series of regional ordinances across continental Europe. But these regulations were poorly enforced, and widely regarded as a brake on prosperity. Pollution became accepted as a necessary evil. 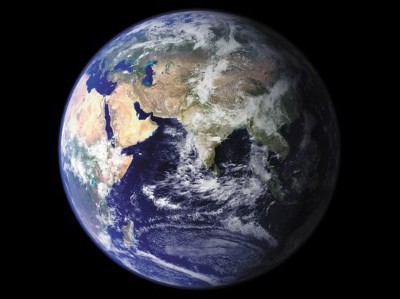 Meanwhile, polluting industries of the nineteenth century developed various strategies to quell objections, which resonate painfully with the present day. First, there was denial. Then, an appeal to experts — often the very scientists who had developed the polluting technologies, and who stood to profit from their success. Companies claimed that mitigating pollution would cost jobs and make countries poorer, effectively blackmailing citizens to stop protesting about their blackened skies and poisoned rivers.

Industrialists then promised that more innovation would cure the pollution problem. Yet, time and again, technologies merely moved pollution out of sight, or traded one form for another. Tall chimneys pushed smoke higher into the atmosphere; barges dumped toxic waste into the sea. When waste tar from coke ovens was ‘recycled’ to extract benzene and other aromatic compounds from the mid-nineteenth century, it spawned a series of chemical technologies that generated more toxic forms of pollution. As twentieth-century factories became ever more efficient, they produced much less waste relative to their output, but the sheer growth in industrial activity meant that global pollution continued to spiral.

Sliding into the abyss

After such bleak diagnoses, can these books offer any treatment? Von Hippel seems to conclude that destruction is grimly inevitable. Although chemical research can produce compounds that vanquish disease and famine, the very same families of molecules can pollute and kill — and these applications are impossible to disentangle. 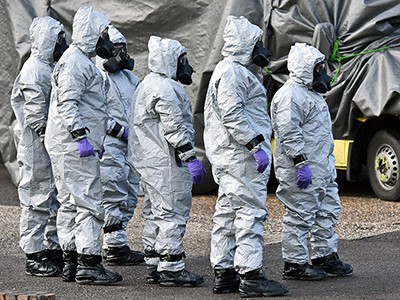 Jarrige and Le Roux offer a little more hope. They point out that many victories over industrial pollution have stemmed from grass-roots activity — ranging from the International Association for the Prevention of Smoke, founded in Pittsburgh, Pennsylvania, in 1907, to the rise of green politics in the 1970s. Disciplines such as toxicology and ecology have helped to supply the independent evidence necessary for politicians to act, leading to the establishment of the US Environmental Protection Agency in 1970, and the US Occupational Safety and Health Act of the same year.

Facing global warming, and the choking tide of plastic waste, many scientists and policymakers agree that we need to concentrate on sustainable development. But for Jarrige and Le Roux, even this is “an empty promise used to maintain the status quo” — an opportunity for corporate greenwashing, bolstered by unseeing techno-optimism, that skirts the fundamental problems of a global economy predicated on consumerism. They argue that we must turn away from the false promise of infinite growth to avoid the abyss of pollution.

The Contamination of the Earth is not a balanced view of technological progress; that is not its purpose. It is a clear and relentless exposure of the forces that have converged to ravage our environment. And it should prompt scientists and citizens to ask: am I complicit in this system? Or will I try to stand against it?

How Concrete Filling Fundamentally Changes Stress–Strain Curve of Angle-Ply FRP Tubes in Tension | Journal of Composites for Construction | Vol 26, No 5

Quantifying the Error Associated with the Elastic Halfspace Assumption in Site Response Analysis | Journal of Geotechnical and Geoenvironmental Engineering | Vol 148, No 10