Coronavirus researcher shut down by US funding agency vents frustrations

The US National Institutes of Health (NIH) has reinstated a multimillion-dollar grant to a research organization to study how coronaviruses move from bats to people — which it had controversially cancelled this year. But as Peter Daszak, head of that small non-profit — EcoHealth Alliance, in New York — found out in early July, the funding can’t be used unless the organization meets what he says are absurd conditions. The demands, detailed in a letter from the NIH, are politically motivated, he says.

To carry out its research, EcoHealth Alliance partners with the Wuhan Institute of Virology (WIV) in China, which has been at the centre of unfounded rumours that the COVID-19 pandemic was caused by a coronavirus released from its lab. The NIH cancelled EcoHealth Alliance’s grant in April, days after US President Donald Trump told a reporter that the United States would stop funding work at WIV. 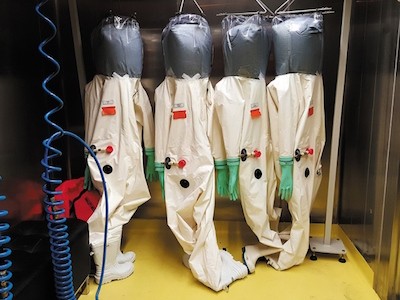 EcoHealth Alliance and Dazsak have been working with Shi Zhengli, a virologist at WIV, for more than 15 years. Since 2014, an NIH grant funded EcoHealth’s research in China, which involves collecting faeces and other samples from bats, and blood samples from people at risk of infection from bat-origin viruses. Scientific studies widely suggest that the SARS-CoV-2 coronavirus most likely originated in bats, and research on the topic could be crucial to identifying other viruses that might cause future pandemics. WIV is a subrecipient on the grant.

The NIH makes seven demands of EcoHealth, which were first reported by the Wall Street Journal this week, and viewed by Nature. The agency asks EcoHealth to obtain a vial of the SARS-CoV-2 sample used by WIV to determine the virus’s genetic sequence. Another request is to arrange an inspection of WIV by US federal officials.

Daszak calls the demands from NIH “heinous”, and worries that the funding freeze delays critical work to identify and prevent the next pandemic. The NIH declined to comment, saying the agency did not disclose internal deliberations on a specific grant.

In an e-mail to Nature, Shi calls the NIH’s demands “outrageous” and echoes Daszak’s assertions that the agency’s demands are unrelated to WIV’s collaboration with EcoHealth.

Nature spoke with Daszak about being caught in the political crosshairs.

How have you been doing since your grant was suspended?

It’s just a very difficult and disappointing and worrisome time. I’ve lost people that I know to COVID-19. It’s a bat-origin coronavirus. We should have been there trying to find out why this thing emerged. And right now I’m sat in my house, looking out the window, unable to do this work, because NIH has told us that it’s not appropriate. It’s extremely frustrating.

What is the aim of the project that’s been affected?

We have specific aims: to go into rural regions of China and find bat-origin coronaviruses and determine which ones are high risk, then to work with local communities in rural China in five provinces. We target communities that are high risk for viral ‘spillover’ and see if they’re getting infected — and then finally see if people are getting sick from novel coronaviruses.

How have you responded to the NIH’s letter?

We’ve written to the NIH and said: We think that this is inappropriate and wrong for the following reasons. Please, allow us to continue this work. I doubt whether they’re going to do that right now.

How do you plan to continue your work?

The NIH have told us not to work on this project. Obviously, we’re not going to break any NIH rules. But we have an ongoing collaboration, we have data which we’ve gathered over 15 years of working in China — 5 years under a previous grant from NIH — which haven’t been published yet. So we need to carry on with that work.

How is your work relevant to the pandemic today?

We estimate that every single day, somebody in China or in southeast Asia gets infected with a new bat coronavirus. Right now somebody is walking around, and they might be developing the first signs of a cough from the next COVID. We fully intend to be that organization that will help prevent the next pandemic. That is our mission.

The NIH has asked you to obtain a vial of isolated SARS-CoV-2 from WIV. Did you work on the novel coronavirus during your project?

The grant doesn’t work on SARS-CoV-2. Our organization has not actually published any data on SARS-CoV-2. We work on bat coronaviruses that are out there in the wild and trying to predict what the next one is. We don’t work on sequencing SARS-CoV-2.

It’s absurd because it’s absolutely outside the remit of the work we do.

Your grant has received a lot of widespread attention in the past few months. How has that been?

Conspiracy-theory outlets and politically motivated organizations have made Freedom of Information Act requests on our grants and all of our letters and e-mails that go to NIH. We don’t believe that it’s fair that we should have to reveal everything we do. When you submit a grant, you put in all your best ideas. We don’t want to just hand that over to conspiracy theorists to publish and ruin and make a mockery of.

What are you most worried about?

We’re not a political organization. We’re just trying to do good work to prevent pandemics.

We’re feeling the pressure of a very aggressive administration in the US picking fights with a country where we happen to be collaborating. And it turns out that they decided this issue and our work is going to be one of the angles of attack. That’s extremely unfortunate. The winner in all of this is the virus and not just this virus — SARS-CoV-2 — but all the other viruses.