In the past few years, ocean scientists have been excited by the appearance of an entirely new subdiscipline: the study of marine heatwaves (MHWs), discrete periods of unusually warm temperatures in the ocean. Several such events have captured the attention of both scientists and the public, most notably an MHW known as the Blob1 that occurred in the northeastern Pacific Ocean during 2013–15. High-profile impacts22 of MHWs include the closure of fisheries, large-scale die-offs of seabirds and unusual sightings of species thousands of kilometres out of their natural range (Fig. 1). Such effects make these heating events one of the most visible signs of an ocean under stress. Writing in Nature, Jacox et al.3 report a metric that puts MHWs into their spatial context with surrounding cooler waters, and thereby casts light on the distance by which ocean organisms might be displaced.

Progress in science is typically incremental: research papers usually ‘stand on the shoulders of giants’ that have preceded them. For scientists studying MHWs, however, there are no giants’ shoulders to stand on. The field is therefore inventing itself from scratch, creating a dynamism and excitement that is as rare as it is fascinating to follow. 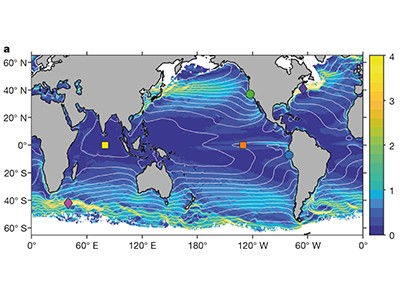 Several key developments have enabled MHWs to emerge as a field of study. The advent of user-friendly satellite-based measurements of daily sea surface temperatures provided the necessary data, and exponential increases in computational power and storage removed practical barriers to analysing these big data sets. But the crucial breakthroughs that united the field were as mundane as systematization and taxonomy4.

The first such breakthrough was a system for defining and quantifying MHWs5 — they are now generally defined as periods of five or more consecutive days during which ocean temperatures in a given region are in the top 10% of historical values for that time of year2. Next, MHWs began to be named and classified using the Hobday scale6, in a similar way to how hurricanes are named and categorized. With these conceptual tools in hand, the results began pouring in. Systematic increases in the frequency and intensity of MHWs have been observed across all ocean regions7 and are expected to increase dramatically in the future8, given that the increases are linked to climate change2.

Nevertheless, the excitement and speed of such progress have masked an important conceptual problem. Current MHW metrics are based on analyses of temperature data at individual positions in the ocean. However, working out the effect of MHWs on marine life from these physical data is complicated by the ability of some organisms to move: if an organism is too hot at one place, it will simply shift elsewhere. In some regions, cooler water might be only a few kilometres away — such as areas near frontal zones (the interfaces of distinct hydrological regions of the ocean), or near upwelling zones (where cold, deep waters are brought to the surface). In other regions, relief might be hundreds or thousands of kilometres away, as is the case in the tropics, where ocean temperatures are relatively uniform. Metrics that focus on the analysis of temperature at a single point therefore overlook the potentially crucial spatial context and extent of the MHW.

Jacox et al. resolve this problem by incorporating the full set of temperature data into their analysis. They define a metric that they call thermal displacement by posing the same question that bothers an overheating fish: ‘How far do I have to go to find conditions that are at or cooler than normal temperatures?’ In other words, this metric quantifies the availability (or lack) of cooler temperatures in the waters surrounding a given point (Fig. 2a). The authors show that historical heatwaves have thermal displacements ranging from tens to thousands of kilometres (Fig. 2b), highlighting the scale of the disruption that MHWs can bring. In many cases, these displacements are on the same scale as, or on scales even greater than, the displacements expected to become the norm by the end of the century under many climate-change scenarios9.

Thermal displacements offer a fresh perspective when looking into the future. Projections of this metric in a changing climate combine not only the distribution of temperatures in the ocean, but also differences in the rate of warming. As a consequence, future changes in thermal displacements have a complex structure and can be either positive or negative — in contrast to projections of MHW frequency and intensity, which largely reveal uniform increases8. Some regions can therefore be expected to show reductions in thermal displacement due to MHWs in the future, whereas others will see increases. 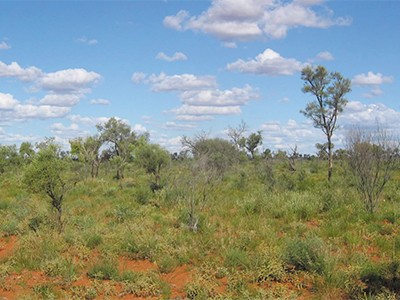 Nevertheless, as with any new tool, the limitations of thermal displacement need to be understood — in particular, how this metric of ocean-temperature data relates to biological responses. For example, the habitat of a marine organism is shaped not only by temperature, but also by factors such as water depth, proximity to the coastline and the nature of the sea bed. Moreover, finding and reaching a suitable alternative habitat takes time, which means that species displacements expected on the basis of the thermal-displacement metric might not always occur, especially for short-duration MHWs. That said, Jacox and colleagues’ analytical approach is flexible enough to allow species-specific constraints on habitat and movement to be incorporated. Collaborations with biogeographers, who have well-developed models10 of the environmental niches and distribution of marine organisms, might have great potential.

It should also be noted that thermal displacement is relevant only for species that have some capacity for active movement. Many marine organisms are location-bound and cannot or will not move, such as kelp forests or parents guarding their young.

Such limitations notwithstanding, the strength of Jacox and colleagues’ advance is that it diversifies the toolbox for MHW researchers. Scientists can now tailor their approach to the questions and organisms at hand, using conventional metrics when thermal tolerance at a location is the main concern, and thermal displacement when species-distribution shifts are a focus. The development of thermal displacement as a metric therefore expands our perspectives of MHWs and their potential impacts in a new direction. Discovering where this insight will lead us on the road to understanding these extreme events will be eagerly anticipated.