The major US agency tasked with funding basic research, the National Science Foundation (NSF), raised alarm among scientists late last month when it updated the guidance for its prestigious graduate-student fellowships to emphasize research in three areas of applied computational science.

Critics fear that the new focus on artificial intelligence, computationally intensive research and quantum information science — despite the 70-year-old agency’s historical mandate to promote and support all basic scientific research — will decrease money for fundamental science that can struggle to attract funding from other government or industry sources. They also fear that the changes could make it even harder for graduate students from traditionally under-represented groups — including white women and Black and Latinx scientists — to win these grants.

The change to the guidance for the Graduate Research Fellowship Program (GRFP) — which hands out hundreds of millions of dollars of research funding each year — comes amid concern in the United States about the growth of China as a research superpower. 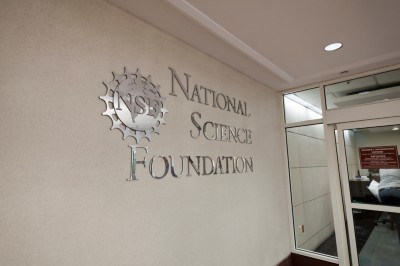 It is just one of several recent efforts to steer the NSF towards applied-technology research that have concerned researchers. In late May, bills introduced to both houses of Congress with bipartisan support proposed to increase the NSF’s budget by US$100 billion over five years. The bills, which have not yet been voted on, would rebrand the organization as the National Science and Technology Foundation, and would allocate the new money to technology development, rather than to basic science.

“The value of basic science is not always apparent to non-scientists,” says Margaret Byron, a mechanical engineer at Pennsylvania State University in State College, who received the fellowship in 2012. “If there’s pressure from those outside of science to push towards directions that have more immediate applications, then we need to push back.”

The NSF said in both a public statement and an e-mail to Nature that the move is part of “a coordinated federal strategy to secure America’s position as a global leader in research and innovation”, but that the fellowship “will continue to encourage and accept applications in all eligible fields of science and engineering”.

The agency awards around 2,000 graduate fellowships each year, and it requested just over $275 million for the programme in 2021. The fellowships, which fund master’s or PhD students for 3 years, are typically awarded in 11 major fields of study, including engineering, life sciences and chemistry, but had previously not given preference to any particular subfields within these broad categories.

The new GRFP guidance says applications are “encouraged” in all disciplines supported by NSF that incorporate the three new high-priority research areas. 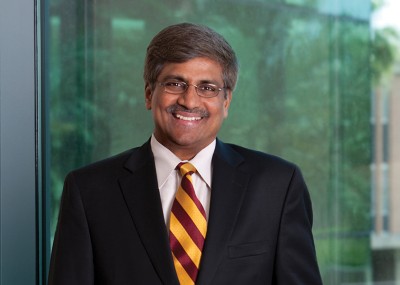 The focus on three types of computer-based science is “kind of bonkers to me”, says Michael Hoffman, who received the fellowship in 2003 and is now a computational biologist at the University of Toronto and the Princess Margaret Cancer Centre in Toronto, Canada. “These are focus areas that are already, right now, very well funded.” The strength of the GRFP, he says, is that it trains scientists across a broad range of disciplines that are not typically funded by other agencies. That’s important because “you can never predict which areas are going to have the really important discoveries”, Hoffman says.

The changes prompted a backlash almost immediately, with scores of scientists expressing their discontent on Twitter. “These changes are incredibly restrictive and will almost certainly hurt bringing in bright and diverse students in the sciences broadly,” wrote Alexandra Harmon-Threatt, a pollination ecologist at the University of Illinois at Urbana–Champaign. Amy Tarangelo, a cancer biologist at the University of Texas Southwestern Medical Center in Dallas, tweeted: “As a former fellow, I’m super disappointed in this decision from @NSFGRFP. GRFP should fund promising scientists in ALL fields without regard to the ‘hot topic’ of the moment. This will hurt students at unis without resources for high-level computing, etc.”

Some welcome the move towards computer science, however. “I think the changes are important and reflect the country’s need for more talents and advances in the fields,” says Anh Nguyen, a machine-learning researcher at Auburn University in Alabama. These fields “have a strong potential to transform human lives” across a variety of disciplines, he says.

Still, the concentration of funding in certain fields without an expansion of the programme means that other areas — such as basic science — will be cut back, says Kelsey Lucas, a marine and aquatic comparative biomechanist at the University of Michigan in Ann Arbor, whose graduate work was supported by the GRFP. “By focusing on certain areas, that means other areas are going to be getting less funding.”

In an e-mail to Nature, a spokesperson for the NSF wrote, “These changes are not intended to exclude any areas of science supported by NSF,” and pointed to the advances in basic science that the NSF has funded over the past seven decades. “NSF is simply signifying that these are areas of national importance and we are encouraging students to apply.” The spokesperson also said that the areas of emphasis would not change the review or selection process.

Nevertheless, scientists fear that the move could make it harder for certain people to win these prestigious grants — including Black and Latinx scientists. 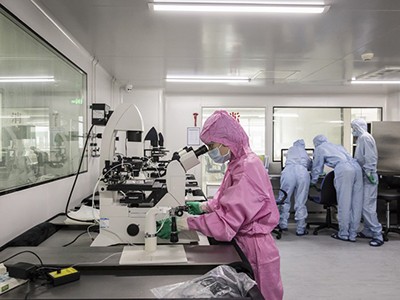 “Frankly, I was disappointed,” says Christian Cazares, a neuroscientist at the University of California, San Diego, and a current GRFP awardee. He views the changes as “completely antithetical” to the NSF’s stated commitment to promoting diversity in science. The lack of diversity in the three new priority fields — only 18.8% of US computer-science bachelor’s degrees went to Black and Latinx students and 18.7% to women in 2016 — means that the move will perpetuate already-existing disparities, he says. (According to a 2014 review of the programme, between 1994 and 2004, about 80% of GRFP awards went to white applicants.)

Research has shown funding priorities to be one of the main drivers of inequity in grants awarded to Black scientists, says Alexandra Clark, a neuropsychologist at the University of California, San Diego. In 2019, a team at the US National Institutes of Health found that topic choice had the second-largest effect on the gap in award rates between white and Black researchers among proposals selected for discussion by reviewers1. “When we know there’s an opportunity gap that’s at play,” Clark says, “we can’t really just continue on like business as usual.”

“Increasing diversity and inclusiveness is a top priority for the Director and NSF,” wrote a spokesperson for the NSF in an e-mail to Nature, adding that the agency’s director has established a task force to make recommendations for addressing barriers to inclusion.

Byron is hopeful that the changes will not significantly alter the GRFP selection process. But she does worry that students from under-represented backgrounds or lower-resource schools will be dissuaded from applying because of the programme’s new emphasis. “The last thing anybody wants to see is for a really stellar young scientist to look at this new solicitation and say, ‘That’s not me.’”