TL;DR: Instead of supporting an upper floor from underneath, can it be suspended from the roof, granted a properly designed roof, with i-beams (see pictures)

I have been working on a custom home design for a few years now. Even though it’s something I’m years away from doing, design is something I have a passion for, so this is something I’m truly serious about doing. I’m working on the design now so when everything is in place, I can start the building process. As an engineering student, I’ve been using Inventor to model the house, however if any of you civil engineers know of a better custom home modeling program, I’m totally down to give it a go. Now this isn’t necessarily the most accurate model, but its not wicked crude either. My question is one of stability. I WANT the building to be concrete, but if I can get away with a steel building, I might just go that route. But this is what I’m looking to do. I have attached a few screenshots of the model I’ve been working with; the car and people are for scale. The bedroom/bathroom floor is supposed to be suspended from the ceiling by I-beams, to prevent the need for ground support from underneath, keeping the entire bottom floor open. Obviously the roof would be assembled with trusses and what not, however I’m just curious of the concept. Is this feasible? Would it be possible to build a building (my home) and have the upper “floor” (loft, really) supported from above, rather than below. To be clear, it’s not an entire floor, just two rooms. Any feedback would be great! 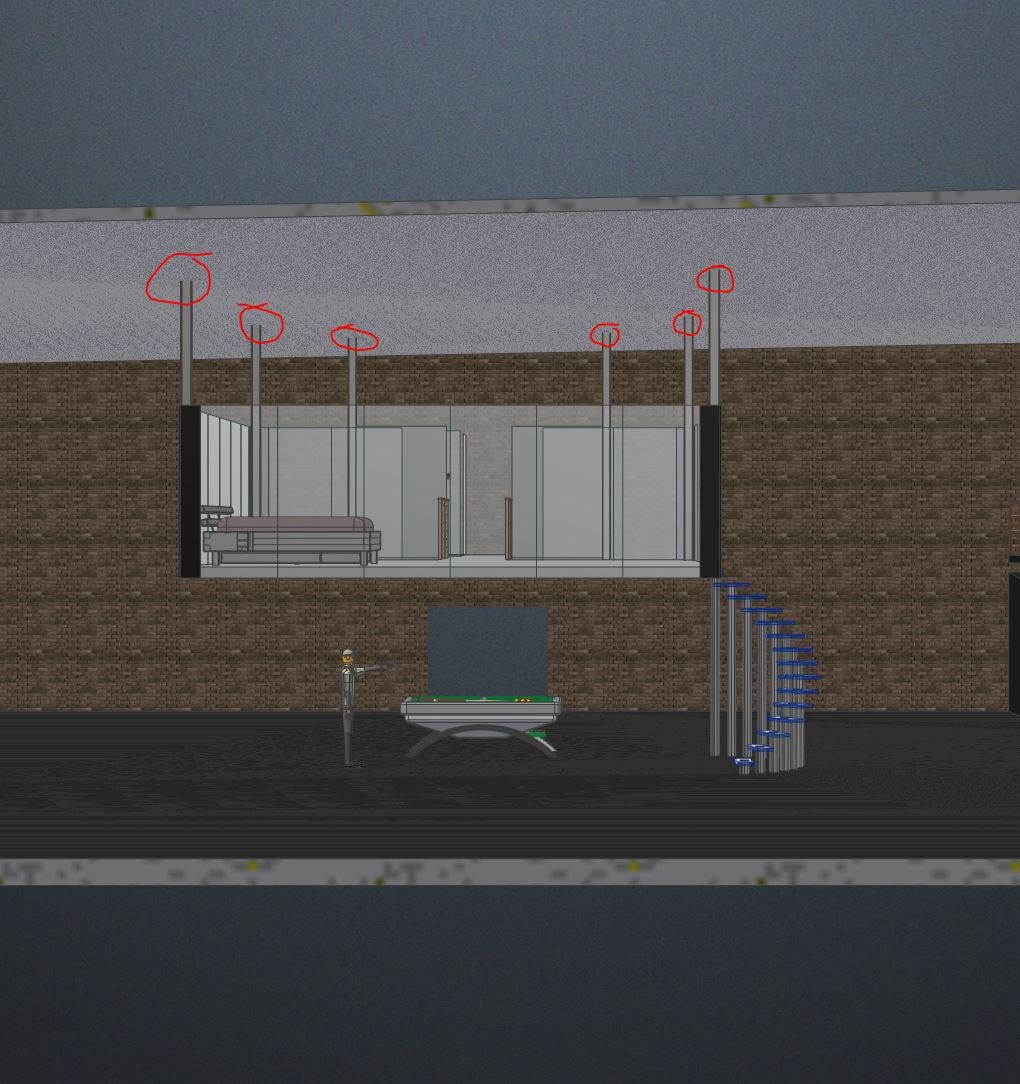