The start of August marks an inauspicious anniversary for science, that of the first — and, so far, only — use of nuclear weapons in war.

Seventy-five years have passed since the bombing of the Japanese cities of Hiroshima and Nagasaki, on 6 and 9 August 1945, which killed in the region of 200,000 people. The risk of nuclear conflict remains, and nuclear weapons exist in alarmingly large quantities. At present, the world’s nuclear arsenal — 90% of which is in the United States and Russia — includes an estimated 1,335 tonnes of highly enriched uranium and 13,410 warheads.

The generation of scientists that created nuclear weapons carried with them a heavy burden of responsibility.Some would go on to become committed disarmament campaigners. Others helped to shape a series of important conferences and agreements, starting with the 1970 Treaty on the Non-Proliferation of Nuclear Weapons (NPT), whose aims include preventing non-nuclear-armed countries from developing or acquiring weapons technology.

But 50 years of nuclear diplomacy has made one thing clear: the nuclear nations are not ready to give up their weapons just yet. Progress has been made in reducing stockpiles, but these countries are simultaneously investing in updating their arsenals to last well into this century.

So what could persuade the United States, Russia, France, the United Kingdom, China, India, Pakistan, Israel and North Korea to begin fully dismantling their stocks, and to agree never again to develop nuclear weapons?

One idea, which has been in gestation for some years, could be about to have its break-out moment. A new agreement, the Treaty on the Prohibition of Nuclear Weapons (TPNW), is expected to become international law next year — and scientists have a chance to play a part in helping it to succeed. 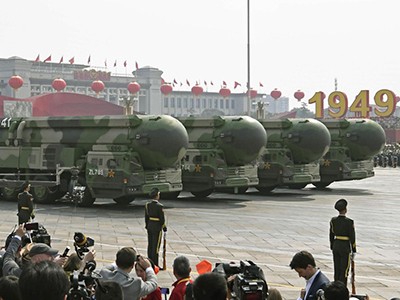 An urgent task will be to establish a new global network of researchers with knowledge on different aspects of nuclear science and technology. The treaty has yet to establish a formal scientific advisory mechanism. Some research groups, notably the Program on Science and Global Security at Princeton University in New Jersey, have been advising the treaty’s founders on various facets of nuclear science, such as how to accurately verify that stockpiles have been permanently dismantled1. But a more-permanent arrangement, whereby researchers from different countries can offer — and respond to requests for — advice will be needed. Because relations between Russia and the United States have worsened, the many formal and informal networks of nuclear scientists that once existed between these countries are now “practically non-existent”, says former US energy secretary Ernest Moniz, co-chair of the Nuclear Threat Initiative, a think tank based in Washington DC. A new global network will be essential to ensuring the safety of nuclear arsenals, because a lack of communication increases the chance of accidents and misunderstandings, heightening the risk of nuclear weapons being used.

The TPNW was agreed in 2017 by 122 non-nuclear countries, mostly in the global south, but also including two European Union member states. The strategy in creating this treaty was conceived a decade earlier by researchers and campaigners at the Acronym Institute for Disarmament Diplomacy in London; the Australian affiliate of International Physicians for the Prevention of Nuclear War; the Women’s International League for Peace and Freedom, based in Geneva, Switzerland, and New York City; and Japan’s Hibakusha, the survivors of the 1945 nuclear attacks.

Together, they built a larger coalition called the International Campaign to Abolish Nuclear Weapons (ICAN), and worked with scientists, United Nations diplomats and humanitarian organizations such as the Red Cross2. Some 40 countries have already incorporated the treaty into their national laws, and processes are under way for this to happen in more national parliaments.

Once 50 countries have signed it into law, the TPNW will have the status of an international law. At that point, it will become difficult for individuals (including scientists), as well as companies (including banks), from the treaty’s member countries to play any part in the development and deployment of nuclear-weapons technologies, says Rebecca Johnson at the Acronym Institute, who is one of the architects of the new treaty. But scientists who work on disarmament technologies will not be affected — they are much needed.

The treaty came about for a number of reasons. To begin with, the non-nuclear nations realized that they had to find a way to influence nuclear policy from beyond the shadow of the nuclear states. There seemed to be little justice in countries with nuclear weapons being the ones to decide the rules for the majority who wish for a nuclear-free world. 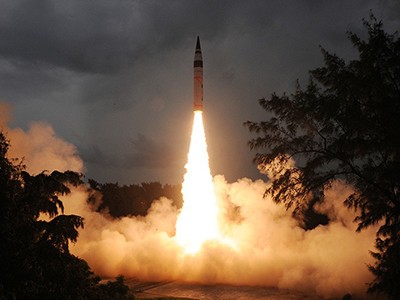 Representatives of the bigger nuclear powers have often argued that they have earnt the right to be the world’s nuclear guardians, because they are stable countries with the most advanced nuclear science and technology — both essential ingredients in ensuring that stockpiles are safe and secure. But, in recent years, the argument that these countries can be trusted to look after the security interests of the rest of the world has become less credible.

Non-nuclear countries have grown increasingly alarmed as, in 2018, the United States withdrew from the Joint Comprehensive Plan of Action, also known as the Iran nuclear deal, and, in 2019, the United States and Russia suspended the Intermediate-Range Nuclear Forces Treaty.

And so, in addition to working with the existing nuclear agreements — in which the nuclear states have a veto — non-nuclear countries negotiated the new treaty through the United Nations General Assembly, under which every country has one vote.

At the same time, the non-nuclear states were able to boost their cause by drawing on some of the latest findings from researchers studying a potential ‘nuclear winter’ — the severe global cooling predicted to follow a nuclear war. Recent research has shown that a relatively small nuclear war between India and Pakistan could cause crops to fail in dozens of countries, devastating food supplies for more than one billion people3. Other research reveals that a nuclear winter would drastically alter ocean chemistry and cause serious harm to reefs and other marine ecosystems4.

Crucially, the treaty’s designers deliberately organized the preparatory process so that female researchers and diplomats were present in significant numbers — which is not usually the case in existing nuclear agreements. As a result of this commitment to knowledge, equality and diplomacy, ICAN was awarded the 2017 Nobel Peace Prize.

A new centre of gravity

The big question is to what extent the TPNW will make a difference to the actions of nuclear states. None has signed, but they will all be affected, in part because the treaty prohibits companies and individuals from signatory countries from assisting in weapons development. And because the TPNW is an intergovernmental agreement, nuclear-weapons countries will need to send delegates to its meetings, whether or not they agree with it.

The TPNW is a historic achievement with a lot riding on its young shoulders. It will still take decades to achieve a weapons-free world, but every journey needs to begin somewhere. Altering the balance of decision-making so that it is shared more equally between the nuclear states and the international community is that necessary first step.