Signs of depression among graduate students in the United States have apparently doubled during the COVID-19 pandemic, according to a survey that drew responses from more than 15,000 graduate and 30,000 undergraduate students at 9 US research universities.

The survey, conducted by the Student Experience in the Research University (SERU) Consortium — a collaboration between the University of California, Berkeley (UC Berkeley), and the University of Minnesota Twin Cities in Minneapolis — found that indications of anxiety among graduate students rose by 50% this year compared with last year.

“It’s very alarming that so many students are suffering from mental-health issues,” says Igor Chirikov, director of SERU and a senior researcher in higher education with the Center for Studies in Higher Education at UC Berkeley. “The pandemic has obviously had a big impact.”

The survey, which ran from 18 May to 20 July, used simple two-item questionnaires — the Generalized Anxiety Disorder-2 and Patient Health Questionnaire-2 — to screen for symptoms of anxiety disorders and major depression. Thirty-nine per cent of graduate students (a group that includes law- and medical-school students) screened positive for anxiety, and 32% screened positive for depression. When the same screening questions were asked in March to July 2019, 26% of graduate students had signs of anxiety and 15% showed depression symptoms. 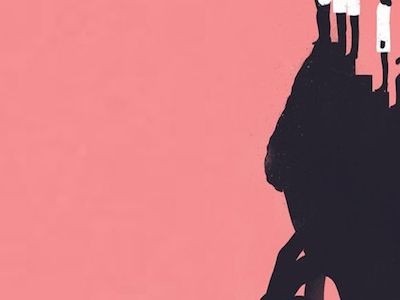 Chirikov says that the brief screening questions, which are often used in clinical settings to identify those who might need mental-health treatment, can’t medically diagnose mental-health disorders or determine actual rates of the conditions among survey participants. But the results do make it possible to compare years and spot important trends, he says. Chirikov says that the large jump from 2019 to 2020 suggests that universities need to address mental-health issues on their campuses with urgency and focus (see ‘How universities can support students who are struggling with anxiety and depression’).

A UK survey has found that twice as many adults in Britain are reporting symptoms of depression compared with this time last year, according to figures from the UK Office for National Statistics. Of 3,500 respondents who were asked a standard set of questions used to evaluate depression, one-fifth reported symptoms in the survey, compared with one in 10 last year.

Chrikov is concerned about ongoing disparities between groups. Although rates of depression were the same for women and men, women were more likely to report symptoms of anxiety than were men (42% to 33%). Signs of mental distress were especially common in low-income students, in Latinx students and, most dramatically, in students who were not heterosexual. For example, 49% of students who identified as gay or lesbian and 59% of bisexual students screened positive for anxiety.

The survey also found disparities between fields of study. Depression was most common for students in the physical sciences, and signs of anxiety were most common among those in biomedical research. Chirikov says that many students in these fields have lacked access to the laboratories and equipment that they need for their research since US universities shut down in the early stages of the pandemic. The move towards remote instruction might be exacerbating mental-health issues for some. Among the roughly 5% of graduate students who said that they weren’t adjusting well to remote instruction, reported anxiety rates soared above 60%.

Mounica Kota, a PhD student in behavioural ecology at the University of Minnesota Twin Cities, participated in the survey in both 2019 and 2020. She says that her mental-health scores took a negative turn from last year’s survey to this one, partly because the pandemic has sapped her focus and motivation. “It’s hard to feel like any of your work matters,” she says. “What’s the point of trying to publish a paper on a seemingly niche area when it seems like there are so many dire things going on?”

Kota is close to earning her degree, but plans to take the autumn semester off to do community-organizing work in the Minneapolis–St. Paul area. “I’m going to figure out what I’m going to do after that,” she says.

A pandemic of anxiety

It makes sense that students in 2020 would be especially distressed about their situations, says Sarah Lipson, a public-health researcher at Boston University in Massachusetts and co-principal investigator of the Healthy Minds Study, an annual survey of undergraduate and graduate students launched in 2007 by the University of Michigan in Ann Arbor. “The pandemic has unearthed so much uncertainty, and that’s what anxiety is all about,” she says. Likewise, students in the COVID-19 era might find it especially hard to think about the future, one of the hallmarks of depression. There’s a sense of “hopelessness among young people”, she says.

In July, the Healthy Minds Network released results of its most recent survey, of nearly 19,000 US undergraduate and graduate students, conducted from late March to May. That survey, which used more extensive screening questionnaires — the Generalized Anxiety Disorder-7 scale and the Patient Health Questionnaire-9 — found that signs of depression had increased since autumn 2019, but that anxiety rates had stayed the same. Worries about the pandemic were widespread: 86% of students reported being somewhat or very concerned about their personal safety and security in the previous 2 weeks. To make matters worse, 60% said that the pandemic had made it more difficult to access mental-health services.

Lipson notes that the make-up of institutions participating in the Healthy Minds survey varies from one semester to the next, making year-on-year comparisons tricky. Chirikov says that the SERU survey includes only research-intensive institutions, and that the demographics of the samples varied little from 2019 to 2020.

Survey methodologies aside, Chirikov says that the message is clear: universities need to take student mental health seriously, now more than ever. “Universities and grad schools are overwhelmed with planning right now,” he says. “We would like to remind them that this problem hasn’t gone anywhere. It’s increasing, and universities need to be prepared.”

The COVID-19 pandemic has clearly added to the already substantial mental strain faced by graduate students. As the next semester ramps up, universities can take important steps to support students in these difficult times.

Recognize the crisis. Faculty members need to be aware that many students are struggling during the pandemic. “We encourage faculty to be compassionate,” says Igor Chirikov, senior researcher with the Center for Studies in Higher Education at the University of California, Berkeley.

Mental health should be addressed in the classroom. As an extra step, faculty members could acknowledge mental-health problems and discuss available resources as part of their instruction. “I make those reminders regularly in class and put that information in my syllabus,” says Sarah Lipson, a public-health researcher at Boston University in Massachusetts.

Think prevention. Chirikov says universities should offer stress-reduction workshops and resources that could help to prevent mental-heath problems before they start.

Universities must show their work. Students will manage their anxiety more effectively if they know that their institution has a plan to cope with the pandemic, says Joy Himmel, a clinical counsellor and member of the Healthy Minds Network’s COVID-19 task force. “Anxiety comes out of lack of knowledge,” she says. “As much as universities can be totally transparent in what they are thinking and doing, that will help.”

Enhance remote counselling. Online therapy takes on greater importance when so many students are learning off-campus. Lipson says that universities should explore options beyond one-on-one remote counseling. One possibility: peer-led support groups. “That would give students a sense of solidarity and connection,” she says.

Get inclusive. A one-size-fits-all approach to counselling is likely to fail to reach many of the students who are most in need, Himmel says. “All students need to feel comfortable,” she says. To reach that goal, universities will need to offer different types of therapy in a wide array of settings from a diverse group of therapists. C.W.