Yulong Ding, director of the University of Birmingham’s Centre for Energy Storage, UK, explains how Chinese companies are keen to work with international teams to develop new technologies.

What led you to focus on energy storage?

My research on energy storage started approximately 20 years ago. Back then, China was playing catch-up in this field. But in the past decade, the country’s expertise has drawn roughly parallel with that of Europe and the United States.

How has energy-storage research in China developed in recent decades?

My collaborations with China are mainly in thermal and liquid air energy storage. My team has several postdocs and PhD students from China, and we regularly have Chinese professors visiting. I think there will be fewer international students over the next few years because tuition fees have increased; to study here costs close to £30,000 (US$39,200) per year now, and many postdocs want to start their careers in China because they can find better-paid positions there, and the research quality has increased.

Although China leads the world in its capacity to produce solar and wind energy, roughly two-thirds of China’s electricity is generated by coal. So it has real clean-energy challenges.

What projects are you currently working on with teams in China?

In 2016, our centre established a joint energy-storage research laboratory with the Beijing-based State Grid Corporation of China, which operates the country’s electricity network. We now have six completed research projects related to energy conversion and storage. A seventh, secured during lockdown, is in progress. For example, we are developing materials for use in energy storage that change from solid to liquid, and back again, to release power. 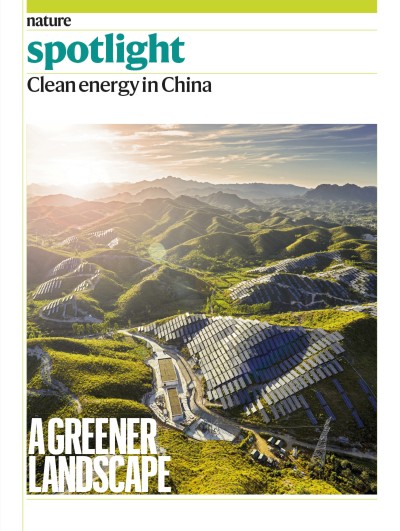 A year before that we started working with China’s largest train manufacturer, CRRC, to develop more-efficient air-conditioning systems that can be used on high-speed and metro trains.

Current systems are heavy, inefficient, frequently start and stop, and do not offer cooling if the power goes out. They are designed to deliver enough cool air for peak demand, when it’s very hot and the carriages are crowded. However, most of the time, train carriages need only half of that cooling power. We have designed a prototype air-conditioning unit that delivers enough cooling for the average need, which is then supplemented by a phase-change-material system as demand rises.

We have also worked with another branch of CRRC to develop more-sustainable and cost-effective ways to transport goods at a low temperature for long distances, known as cold-chain transportation. Our containers can keep the inside temperature between 5 °C and 12 °C for up to 120 hours and they went into use in 2019.

What differences have you found working with companies outside academia?

Intellectual-property (IP) issues are the core part of negotiation for any collaboration. It used to be a difficult matter but it has actually become easier as Chinese laws and law enforcement on IP-related issues have become more strict and rigorous and China has placed a greater emphasis on sorting out IP before starting a project.

There are many other factors that will help to build a sound commercial partnership, which include having a strong academic reputation, the ability and capacity to deliver on time, a clear sense of what the company wants to achieve and a willingness to negotiate when it comes to the ownership of IP rights.

Has the COVID-19 pandemic altered the progress of continuing Chinese projects?

Our collaboration progressed as planned until the middle of June, but then the travel restrictions started to affect our work as the team moved beyond the planning stages and needed to conduct experiments together, mainly in China.

I have secured an additional industrial project from a Chinese company during lockdown, and created two partnerships for my centre during this time.

This article is part of Nature Spotlight on clean energy in China, an editorially independent supplement. Advertisers have no influence over the content.

Be a Basement Investigator- Clues your Foundations Need Repair

How Poor Drainage Can and Will Affect your Foundations

Be a Basement Investigator- Clues your Foundations Need Repair

How Poor Drainage Can and Will Affect your Foundations

Sure Signs you Need to Attend to Basement Waterproofing