The COVID-19 pandemic has disrupted the lives of children around the world. How will this once-in-a-century event shape their development and later years? Biologists and social scientists have some ideas, thanks to a growing body of empirical evidence from long-term research on cohorts of people recruited at birth and studied regularly over decades, with some participants now in their seventies. This work has revealed, for instance, that low birth weight is associated with an increased risk of high blood pressure many decades later, and that level of education has implications for life expectancy. Such findings have shaped early-years interventions in many nations.

Four leaders in cohort studies share insights from their own work in The Origins of You (written before the pandemic). Psychologists Jay Belsky, Avshalom Caspi, Terrie Moffitt and Richie Poulton have between them set up and run three remarkable projects in New Zealand, the United States and the United Kingdom, tracking children from birth into their teens, twenties, thirties or forties. Every few years, participants are assessed on everything from their height, weight and impulsivity to their school results, pay, personality and mood. The authors hope to convey enthusiasm beyond academia for their adventures in science. 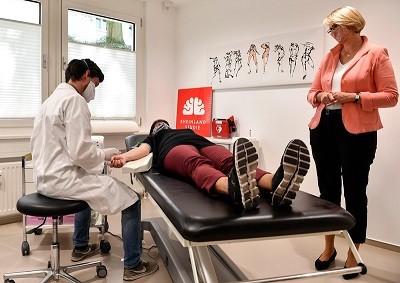 Twenty chapters cover examples of these adventures in conversational style, navigating increasingly complex ideas about the studies’ concepts, methodologies and content. For example, Nobel-prizewinning economist James Heckman was keen to understand why participants in some Head Start programmes — launched in the 1960s to provide educational and health support for US children from low-income families — fared better in education and employment later in life, even though their early gains in test scores faded with time.

Heckman’s hunch was that the long-term benefits might have come about because the programme had improved the children’s self-control. He encouraged the authors to look into the matter. Sceptical, the team mined data from the Dunedin Multidisciplinary Health and Development Study, which has followed 1,000 New Zealanders since they were born in 1972–73. The researchers looked for indicators of level of self-control in childhood, and tested how well these predicted aspects of the study participants’ later lives.

It turned out that Heckman was right. Even after controlling for factors such as family socio-economic status, worse self-control in childhood predicted a plethora of adverse outcomes: poorer physical health in the early thirties; lower social status and wealth; and increased risks of drug and alcohol use and being convicted of a crime. Importantly, these predictions showed a gradient across the range of early self-control, suggesting that strategies to enhance this quality — from behavioural ‘nudges’ to parent training programmes — would pay dividends, whatever the individual child’s starting point.

Each chapter has its own childhood-to-adulthood story, and includes pointers for policy. I was especially struck by studies that focus on particular developmental periods, such as the impact that variations in the timing of puberty can have on early sexual behaviour in teenagers, and on the stability of sexual partnerships even up to a person’s forties. Other chapters are designed to clarify the developmental profiles of conditions such as attention-deficit hyperactivity disorder (ADHD), and use data from across developmental periods to chart how they wax and wane with age. Similar analyses are conducted for antisocial behaviour. 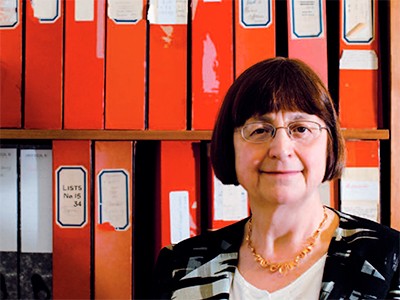 Perhaps the most important theme that emerges is that although clear continuities exist between childhood and later well-being, these links are far from exact. Human development is probabilistic rather than deterministic, and continues well beyond the first decade of life. Many different processes are likely to underlie such long-term continuities. We see here, for example, instances of the ways in which childhood characteristics can ‘select’ individuals into later environments, so reinforcing early tendencies. Tracked to early adulthood, for example, people who were socially inhibited as toddlers had smaller social circles and less social support than their peers, whereas those who had been impulsive in early childhood often evoked negative responses from family, friends and partners, and in the workplace. Early adversities such as maltreatment, social isolation and bullying can become embedded in our biology, influencing inflammatory processes and stress responses in ways that might, later in life, increase the risk of conditions such as diabetes and poor mental health.

But we also see that change is possible throughout life, and that some individuals are resilient even in the face of quite severe early adversity. Teasing out the factors that contribute to strengths, whether they lie in the family, the neighbourhood, society or genetic inheritance, can be especially valuable in pointing to targets for intervention — such as investment in school meals or education.

Alongside the specific findings, what shines through is the power of the longitudinal method. The three projects that are explored here form part of a larger body of studies, mostly initiated since the Second World War, tracking individuals across their lives. Their findings are now revolutionizing our understanding of the determinants of health and social capital, and, in the case of the longest-running studies, of ageing and decline. Each represents an extraordinary investment — by researchers, participants and, of course, funders — in documenting lives in real time. 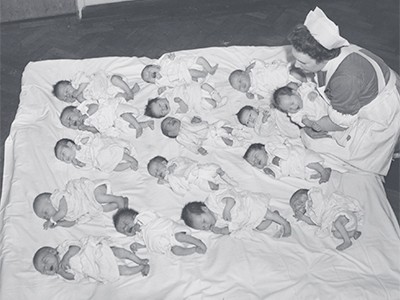 It’s true that essentially ‘observational’ studies might not give the tight purchase on causality that could be achieved by an experiment. Instead, they offer something in many ways richer and more valuable: insights into the processes that shape human development. Given the tricks that memory can play, issues of this kind cannot be studied retrospectively. We need to observe lives as they unfold. And as this book shows, the value of such data increases exponentially with time, illuminating issues undreamt of when the studies began.

For those new to cohort literature, The Origins of You is an engaging introduction. For those familiar with this work, it is a chance to hear the authors thinking aloud, debating the best approaches and pondering what to study next. We can be certain that those conversations will now include how best to use these rich longitudinal resources to understand the effects of COVID-19.