Why did the atomic spy do it?

Klaus Fuchs is better remembered for his betrayal than for his science. The brilliant German theoretical physicist handed the Soviet Union secrets that allowed it to accelerate its cold-war work on a nuclear weapon. But he was also once a trusted scientist who made crucial contributions to the Manhattan Project, which led to the development of the nuclear bombs dropped on Hiroshima and Nagasaki 75 years ago this month, killing more than 100,000 people.

Spies make for enticing biographies. Well told, their stories combine the drama of a police procedural (how did they do it?) with the ambiguities of a psychological thriller (why did they do it?). Nancy Thorndike Greenspan seeks to answer both those questions in the very well told Atomic Spy. “What does one make of a man,” she asks, “whom many considered a hero for fighting the Nazis and whom others considered a traitor?” She weaves extensive archival research into a deeply nuanced and sympathetic portrait of a scientist-spy with the best of intentions — an original addition to the shelf of Fuchs biographies.

Fuchs was born in 1911. His father, Emil, was a Lutheran minister and social democrat who instilled in his children a belief that they must pursue what is right and just, no matter what the consequences. In another era, this rigid moral code might have made Klaus a revered figure. In the chaos of Germany as the aftermath of the 1929 economic crash stoked a growing fascist movement, it led him to communism and its utopian promises of social equality. 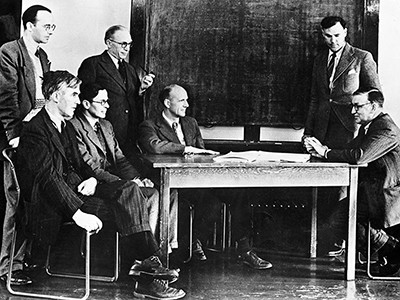 As the Nazis rose to power, the Fuchs family’s resistance to fascism tore it apart. Klaus’s mother, Else, killed herself in 1931; one of his sisters did the same a few years later. Emil was briefly imprisoned, and his three surviving children fled Germany.

In 1933, facing arrest because of his political activities at university, Klaus found temporary safety in the United Kingdom. Only 21, and already a promising physicist, he continued his studies in Bristol, publishing a key paper on the conductivity of thin metallic films. In 1937, he moved to the University of Edinburgh to work for a fellow refugee — the quantum-mechanics pioneer and later Nobel prizewinner Max Born (the subject of Thorndike Greenspan’s 2005 biography The End of A Certain World).

When the United Kingdom entered the Second World War, it declared Germans enemy aliens. Born, by then a British citizen, was exempt. But in May 1940, Fuchs was sent to an internment camp, where German communists, Jews and Nazi prisoners of war were crammed together. He was bounced between facilities, eventually ending up in Quebec, Canada. Among the book’s most horrific passages are the descriptions of the UK government’s bungling and inhumane treatment of detainees. Thorndike Greenspan details a harrowing sea journey, on which prisoners were forced to clean up excrement with their bare hands.

Not surprisingly, this experience hardened Fuchs’s views. In the camps, he came into contact with a prominent communist, who may have helped recruit him to spy for the Soviet Union.

Released in late 1940, Fuchs returned to the United Kingdom, where he worked in Birmingham with Rudolf Peierls, another German-born physicist. Peierls was involved in a secret project to build an atomic bomb, and Fuchs started providing technical information on this to the Soviets, handing over documents in secret meetings.

In 1943, he was sent to work on the Manhattan Project, the US atomic-bomb programme. The demand for scientific talent was high, and authorities did not dig too deeply into his past. In New York, and later in Los Alamos, New Mexico, he had surreptitious rendezvous with a Soviet agent to whom he handed detailed information, including the design for “the Gadget”, a plutonium bomb. A similar bomb was dropped on Nagasaki in August 1945.

After the war ended in 1945, Fuchs returned to work at the British nuclear-research institute at Harwell. There, he headed the theoretical-physics division, working on gaseous diffusion to enrich uranium, a subject he had studied during the Manhattan Project. His espionage continued until 1949, the year that the Soviets conducted their first nuclear explosion. By then, the intelligence services were closing in. Intercepted messages had alerted the United States and the United Kingdom to an atomic spy in their ranks.

Soon, Fuchs emerged as a top suspect. In 1950, stricken with guilt over betraying his friends, and enticed by a secret-service official’s lie that admitting guilt would allow him to stay at Harwell, he confessed. He was sentenced to 14 years in prison and stripped of his British citizenship. (Released after nine years, he joined his father in East Germany.) 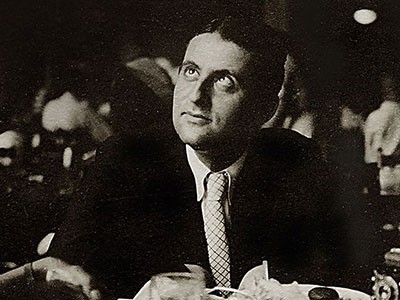 What, then, to make of Fuchs? It was always clear that he was driven by ideology, not greed. He genuinely believed that helping the Soviet Union to get the bomb would make the world safer. Proliferation as prevention is a perspective hard to fathom these days. Yet even those who might disagree with Thorndike Greenspan’s charitable portrayal will find much to appreciate about a narrative that captures the heated politics of an era with lessons for our own.

With regard to Fuchs’s moral legacy, it is reasonable to note that Wernher von Braun, the German rocket scientist who helped the United States in the space race, is regarded by many as a hero despite his earlier work for the Nazis. Yet Fuchs, who risked his life to battle Nazis, is remembered mostly for his later betrayal. Is it better to serve all masters faithfully, as von Braun did, regardless of their righteousness?

One is left wondering what might have happened had the UK government not sent Fuchs to a detention camp. When Harwell’s head of security goes to Fuchs’s house after his conviction, he finds under the bed the uniform the scientist was forced to wear at the camp a decade earlier.

In the end, however, the most persuasive defence of Fuchs comes from his father. Like “the mass of our bourgeoisie”, Emil said, the family could have “said ‘Heil Hitler’ and spared ourselves everything. Then maybe my children, like so many, would have died for Hitler instead of their own convictions.”